‘It lifts your mood’: lockdown’s army of novice runners

It was the announcement of the third national lockdown and the prospect of more months juggling a busy job and homeschooling two primary schoolchildren that prompted Kate Henderson to take up running for the first time in years.

“In the previous lockdowns, there were just days on end when I didn’t leave my flat. So when they announced lockdown three, I thought I need to do something positive, something that gets me out of the flat,” said the 40-year-old, who works as the chief executive of the National Housing Association.

“I was quite unfit coming into it and to begin with, it was quite tough,” she said. “But the mental health benefits are massive. What surprised me is when my alarm goes off at 6.30am, I actually get up and just put my running gear on and go straight out the door before the children are awake.

“Even though it’s dark, and today when I went out it was snowing and really windy, it’s just really invigorating. It definitely makes you feel better.”

Research published on Monday by Macmillan Cancer Support shows an estimated 7 million people across the country have turned to running or jogging during the Covid-19 crisis to boost their mental health.

One in seven people in the UK (14%) said running had helped them deal with stress since the first lockdown in March, with the activity proving more popular than meditation or yoga (12%). About a third said running helped them feel calmer and more positive, while one in five said it helped them to feel mentally stronger.

The charity is hoping this will result in record interest for the 2021 London Marathon – after 2020’s event was first postponed to October and then cut back to just an elite event – with runners finding out on Monday if they have been successful in the ballot for places, following a year that has been devastating for charities owing to the lack of fundraising.

Kieran Smith started running group the Kilometre Club in Chester just before lockdown last year, but found that interest, particularly from beginners, soared during the pandemic.

“There’s been an influx in beginner runners, as well as people who used to play football or go to the gym who have come over to running during lockdown. I’ve been asked lots of questions about how to start and what to wear.

“You can see it when you go out for a run yourself, the amount of new faces you see, the number of people running has definitely increased since lockdown.”

According to City AM , Sports Direct sold 218% more pairs of running trainers online during the lockdown than in the same period a year earlier, and Britons bought 243% more running clothing than normal.

Saurav Dutt, a 38-year-old author in London, has ramped up his running in 2021 after taking it up for the first time during the March lockdown. “I used to try to avoid running as much as possible just because of the effort,” he said. “But the endorphin release after a big run is really significant, it really lifts your mood. And you’re also thinking about reinforcing your own general health, because underlying conditions are a big problem with Covid.”

In the absence of being able to organise running meetups, Smith has organised a number of virtual running challenges online during the pandemic, which he has found are especially popular with people working from home. “It’s not good for us to be sat down at a desk all day, the tension it puts on your lower back and your hips, it is really important to get out and move the body,” he said.

Henderson got herself up and running using Public Health England’s Couch to 5k app which was downloaded 858,000 times between March and June last year, a 92% increase compared with 2019.

Like many across the country, her busy schedule now revolves around Zoom meetings and her step count has suffered. “Before I was travelling across different parts of London every day. But now that we’re working from home, you don’t even have the commute or the school run, and it’s very easy not to leave at all,” she said.

Another perk is being able to explore her surroundings in north London in a different way. “I’ve discovered different bits of my neighbourhood through running, which has been really lovely, finding new routes and bits of green space I didn’t know existed.”

Philip Ellis, a 33-year-old writer in Birmingham, took up the hobby when he went back to his parents’ house in Shropshire during the first lockdown. Nearly a year later, he’s still going strong, and said he doesn’t know how he would have got through January without it.

“I never thought this would be something for me and I used to find people who banged on about running or cycling really boring,” he said. “But since becoming one of those people myself, I feel like it’s not necessarily about losing weight or getting fitter. It’s not about the body, it just makes me feel better. It clears my head. Because all I’m doing for that hour is putting one foot in front of the other and focusing on my breathing.

“It’s been one of the best things I’ve ever done.” 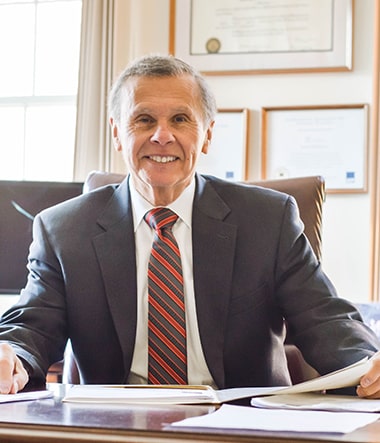 A nationally recognized leader in his field, Don. Sr. has kept his finger on the pulse of the financial services sector for more than 40 years. He has been interviewed on wealth management matters for The New York Times, The Wall Street Journal, Fortune, USA Today and The News Journal.

The New York native knew at an early age that he wanted to be an entrepreneur. One of five children, he earned an academic scholarship to a college in the mid-Atlantic area and worked in Jersey Shore restaurants during the summers to make money. After graduating with a marketing degree from the University of Baltimore, he married his wife, Lynn, and entered the financial advising field. He started his own company in 1987.

Don is known for his integrity, professionalism and commitment to the industry. He is the former president and chairman of the Philadelphia Tri-State Chapter of the Financial Planning Association and served as the national chairman of the Alliance Forum for the Financial Planning Association. A member of the Delaware Banker’s Association, he is also on the board of the Malvern Retreat League and the Estate Planning Council of Delaware.

When Don is not working with clients, he’s spending time at the shore with his wife Lynn, on the tennis courts or with his three children and nine grandchildren. 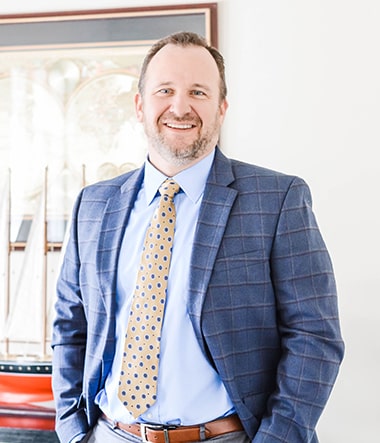 A graduate of West Virginia University, Don Jr. is a Certified Financial Planner (CFP) and an Accredited Asset Management Specialists (AAMS). He is also a past board member and director of government relations for the Philadelphia Tri-State Chapter of the Financial Planning Association.

Don Jr. is the former radio host of the “Business Report” on WDEL. He has also frequently been a guest on Wharton Business Radio’s “Your Money,” which airs on Sirius XM. He’s been quoted in numerous publications, including The New York Times, The Wall Street Journal, USA Today, The New Journal, Kiplinger’s, Fortune, Consumer Digest and Investment News.

A graduate of the Leadership Delaware program, Don is currently on board of the directors of the Delaware Community Foundation, where he chairs the development committee and serves on the investment committee. He is the past president of Next Generation of the Delaware Community Foundation. He is also on the board of the Light Up the Queen Foundation, which sponsors music programming for inner-city youth, and he serves on the advancement committee for Nativity Preparatory School, a tuition-free Catholic school for middle-school boys.

Don and his wife, Liz, have three children & enjoys spending time with the family at the beach, skiing & sports activities.